If you think you’re accused of PPP loan fraud, your first step is to contact an experienced PPP law firm. They will guide you through the process, so you don’t get charged with hefty payments and penalties.

The Department of Justice (DOJ) is currently focusing on tracking PPP fraud. They’re ramping up investigations into loan borrowers across the country. All business owners who borrowed a PPP loan are all on their radar.

For these reasons, it’s very important to consider hiring a lawyer as soon as you become aware you’re accused of PPP loan fraud.

The Payroll Protection Program (PPP) provides funds to small businesses to maintain their employees’ paychecks, pay rent, pay bills, hire back employees who may have been laid off, and cover applicable overhead. It originated from the Coronavirus Aid, Relief, and Economic Security Act (CARES).

The Small Business Administration (SBA) backs the loans while getting support from the Department of the Treasury.

This program was rolled out in the United States to give emergency funds to small businesses or individuals struggling financially to minimize the impact of the Covid-19. It also provides support for businesses to pay up to 8-weeks of their payroll costs including benefits.

The PPP program prioritizes millions of American employees working in small businesses. It authorizes up to $659 billion toward job retention and other expenses.

What is PPP Loan Fraud?

Many applicants have attempted to exploit PPP loans for their own gains. Some committed SBA loan frauds last 2020 with falsified documents and information on their application. Others have used the funds for unapproved purchases. The DOJ investigates the cases of individuals involved in PPP loan fraud.

Wall Street Journal (WSJ) reported a word from the SBA’s administrator. He said that there were strong indicators of widespread potential abuse and fraud in the PPP program.

In addition to WSJ’s report, there were companies that were able to forge and get money even if their payrolls exceed the standard of a 500-worker cap.

As of late October 2020, the DOJ received a report that there were 73 defendants with fraudulent loans related to the PPP program.

The rise of synthetic identities

Synthetic identities involve combining real and fake information to open accounts. The majority of banks and lenders are aware of how these help open bank accounts, secure credit cards, and open other types of loans

McKinsey said that synthetic identity is the fastest-growing type of financial crime in the United States. It accounts for 10-15% charge-offs in a typical unsecured lending portfolio.

There were a lot of people who committed SBA loan frauds last 2020. They fabricated their identities to apply for these government funding programs. Several factors enabled fraudsters to take advantage of PPP loans. These include the speed of issuance, loosened credit criteria, and financial rewards.

The US government makes its effort to identify these synthetic identities on their radar. The number of fraud accounts executed in the PPP program is now being tallied.

What Makes You Accountable for a PPP Loan Fraud?

It’s also important to know what causes a borrower to be accountable for PPP loan scams. Make sure you avoid these PPP loan fraud red flags, so you don’t get accused.

Here are some examples of actions that can result in you having SBA complaints about PPP loan fraud.

What is the PPP fraud penalty?

The CARES Act, which originally created the PPP program, does not contain heavy crime penalties when they made it. Rather, the Act only states that PPP loan borrowers who fail to satisfy the employee retention and expense criteria for loan forgiveness are subject to repay the loans at a 1% interest rate.

Many borrowers saw this as a flaw which enabled them to commit fraud. That’s the reason why the DOJ is strictly coordinating with other federal investigative agencies, such as the IRS and FBI.

SBA also announced that every borrower who received at least $2 million in PPP funds is subject to mandatory audits.

Borrowers who received smaller loans are also automatically needed to participate in audits to identify any potential abuse in the PPP program.

The Original Design of PPP Loans

Yes, PPP loans are only available to employers. But the program is actually designed to benefit employees. The borrower should use 75% of PPP loan funds for payroll costs.

Many business owners assumed that they could use the loans however they wanted– for instance buying a car or paying personal debt. It also led others who didn’t have any intention to use PPP as intended to commit fraud.

Since the majority of the loan funds are designed to be reserved for payroll, employers who receive PPP loans should be able to avoid layoffs.

The first report on PPP loan fraud was announced last May 2020. Two men were charged after claiming that they have dozens of employees, when in fact, they had no employees at all.

A Reality TV personality was also caught for PPP loan misuse after the DOJ confirmed that he used $1.5 million out of a 2 million loan to buy jewelry and pay for child support.

This January 2021, a man from Texas was charged for his $5 million PPP loan. He allegedly submitted fake tax documents with his two bank applications.

The list of borrowers charged with SBA loan frauds from 2020 only got bigger. Many individuals already lied on their loan applications that were meant to keep employees working during this pandemic. The government is always willing to hold these employers accountable.

Why PPP Loan Recipients are at Risk

When applying for PPP funds to cover payroll and other costs during this pandemic, borrowers should know these beforehand:

The rules and regulations governing the PPP program are changing. Borrowers may find themselves unsure if they’re eligible for a loan or if they’re qualified for loan forgiveness.

The DOJ continues to investigate allegations of PPP loan fraud. While the SBA is consistent in auditing businesses with PPP loans. The potential risk for borrowers facing criminal protection for PPP fraud is high.

The penalties associated with PPP fraud shouldn’t be ignored. If you think you’re being accused, don’t hesitate to look for legal guidance. Connect with Miami PPP Loan Fraud Firm.

What happens if PPP loan funds are misused?

PPP loan fraud is a serious violation and the US government is prepared to punish employers who abuse the terms of the loan. Most people think that fraud is always intentional. But even inadvertent PPP loan misuse also puts the borrower at the same amount of risk.

Here are some of the federal crimes the DOJ may pursue against borrowers suspected of PPP fraud and their corresponding penalties:

The most serious penalties are mostly tied to crimes like bank fraud, mail fraud, and wire fraud. Other federal crimes in the list carry fewer penalties, but the maximum sentences for these crimes still include a lot of fines and some years to spend in prison.

If you’re accused of PPP fraud, even if you don’t actually borrow PPP funds, you’re also prone to the same criminal penalties. Contacting the right PPP law firm will help you get the job done.

How to report PPP loan abuse?

There are different ways on how to report PPP abuse. If you think you’re targeted for an SBA loan investigation or if you’re planning to report one near you, here are some things you can do.

Contacting the Office of the Inspector General

You have the option to report PPP loan frauds and PPP loan misuse involving SBA programs online or by calling the Office of the Inspector General at 800-767-0385.

You may remain anonymous when reporting your SBA loan complaints. However, they won’t be able to contact you for more information about your complaint. And this may prevent them from fully investigating the case and they may not be able to inform you about the results of their review.

Contacting the Select Subcommittee on the Coronavirus Crisis

The House of Representatives established this organization in April 2020. It’s modeled on Harry Truman’s Special Committee to investigate the National Defense Program– which oversaw defense spending while the entire nation was mobilized for World War II.

Here you can report PPP loan frauds, abuse, price gouging, profiteering, or other unethical practices of funds related to the COVID 19 crisis.

Reporting to a PPP Lawyer

Working with a knowledgeable PPP lawyer with experience in handling federal fraud cases is also a great option when confronted with a PPP fraud investigation.

The DOJ is looking for ways when it comes to digging deep into PPP fraud cases and investigating businesses that obtained funds through the federal loan program.

If you’re targeted by a PPP fraud audit or investigation, keep in mind that you may also face civil penalties from the federal government.

Sending a Complaint to the Department of Justice

The DOJ enforces the law and defends the interest of the United States according to the federal government. They seek punishment for those guilty of unlawful behavior.

You can also consider directly contacting the DOJ. Fill their web complaint form or contact them at 202-353-1555.

When should you approach a PPP Lawyer?

With the recent rising cases of PPP fraud investigation and arrest publicized in the media, it’s important to hire a PPP attorney to protect your business’ reputation.

The DOJ is very strict when it comes to this subject matter. When facing such allegations, your entire future is at stake.

Approaching the right PPP attorney helps you secure your business reputation and freedom.

When your business is at risk of PPP loan fraud charges

If your business is currently the target of an investigation for PPP fraud or you’re charged with offenses, you must hire a PPP lawyer as soon as possible, especially if you’re facing any of these charges:

Federal charges are serious, and trying to fight your case alone without any support from a PPP lawyer is almost impossible.

The decisions you choose for your business early on can make or break your case. You need to have a PPP lawyer to guide you every step of the way.

When you’re helping a friend

If you have a friend or a partner who might have questions or concerns about the SBA loan investigation, it would be great to refer them to a lawyer for guidance.

It’s also good to be mindful of others’ situations, especially if you think they might run into trouble. Suggesting for them to approach a PPP lawyer shows you care.

If you want to make sure you’re compliant

Prevention is still better than cure. If you want to make sure you or your family/friend are compliant with the PPP loan, it would also be wise to approach a PPP lawyer.

PPP loan fraud is not always intentional. There are some businesses prone to charges because they’ve overlooked some important details. A lawyer can help you make sure you’ve crossed all your T’s and dotted all your i’s, so you’ll be free from SBA complaints along the way. 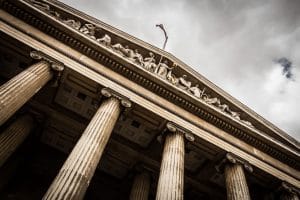 Payroll Expenses in PPP Loans: Everything You Need to Know